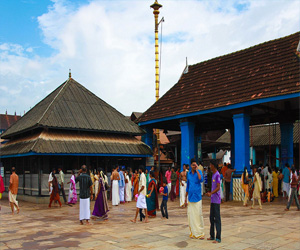 Situated at a distance of about 15 kms from Kochi, the Sree Rajeshwari Temple, Chottanikkara is unique in its own right. Here the Goddess is worshipped as Sarawati in the morning, Bhadrakali at noon and Durga in the evening. This temple having the reputation as a place of redemption from evil spirits, has a temple pond known as Rakthakulam, a dip in which is believed to remove the evil sprits from possessed individuals.

The annual nine day festival is marked by Aarattu performed everyday unlike the other temples . Large number of devotees come to this temple especially on Makam Thozhal on the 7th day, which is considered to be auspicious for women following a belief that it gives the unmarried women mangalya, (matrimonial bliss), Caparisoned elephants line up for Pooram, on the eight day and a spectacular display of the fire works marks the conclusion of the festival. Navarathri is also celebrated with emphasis on musical concerts. 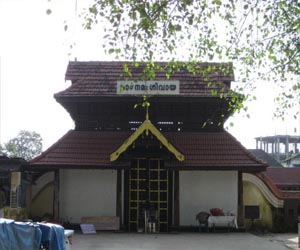 The deity of this ancient temple situated at the heart of Cochin city, is popularly known as Ernakulathappan. The annual festival is an eight-day event and on all these days inside the temple the Seeveli procession with 9 tuskers and the Panchavadyam is held twice a day. On the seventh evening, Pakalpooram is conducted. Kathakali, Ottanthullal, music concerts are presented by renowned artists. The festival concludes with the Arattu.

This temple is located near Thripunithura, 11 kms from Ernakulam. It celebrates a seven-day festival every year. The third and fourth days are very auspicious for unmarried women and they come to offer thalams. On the last night Thookam is performed followed by a fire works display to conclude the festival. 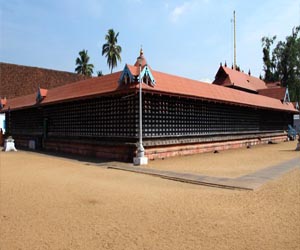 Devoted to Lord Krishna, this temple is one of the most important temples in Kerala. Situated in the royal city, Tripunithura, this temple is considered to be one of the greatest temples in the Ernakulam district. The temple has a very interesting legend behind. The idol of Poornathrayeesha is installed here by Arjuna and the idol is well known as 'Santhanagopalamoorthi'. It is a belief that if childless couples come and pray here, will be blessed with children. 'Vrishchikolsavam' in the November-December months is one of the famous festivals of Sree Poornathrayeesha Temple. The eight day festivals are rich with different cultural and traditional events. Renowned musicians and other artists worldwide arrives here and performs infront of Lord Poornathrayeesha. 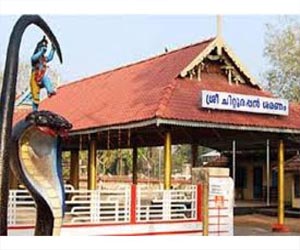 The eight day festival at this temple is well known. The festival consisit of an Ezhunullathu procession in which the deity is ceremoniously taken around the temple in a specially decorated chariot, Garuda Vahanam take place every day starting from the second day. Kaathakali is presented on the first five evenings. 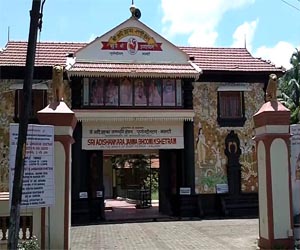 This is the birth place of Adhi Sankara, the Advaitha philosopher and is on the banks of river Periyar, formally known as Poorna river. Till 20th century, this place was not well known among the public. Then, Jagadguru Sri Sachidanandha Shivabhinava Narasimha Bharathi Swamikal with the help of Sree Moolam Thirunaal Ramavarma built two temples for Sharadhamba and Shankara. It celebrates a ten day festival during Navarathri and procession lead by a decorated temple chariot is conducted.

Eminent artists present classical music concerts during the festival days. On Sankara Jayanthi, the birthday of Sankara a Vedic discourse and debate is conducted in which Vedic scholars from all over the world participates. 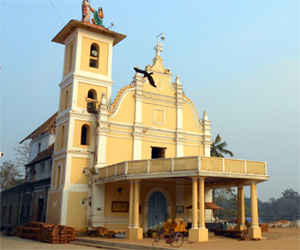 This popular shrine situated at the top of a hill nearly 2000 ft. high in Malayattur, 52 kms from Ernakulam is believed to be one of the seven churches built by St. Thomas, apostle of christ. It is one of the famous Christian pilgrim centre in Kerala. The church was built by St Thomas Apostle, who initiated for the growth of Christian Community in Kerala. 'Kurishumudi' or the 'Hill of Cross' is famous at Malayatoor.

The annual feast of this church is observed on the Sunday after Easter, on the day of the 1st moon after the Vernal Equinon. The Octave is celebrated on the following Sunday. 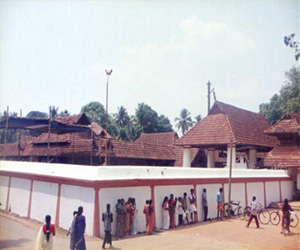 Situated four kilometers from Kothamangalam, the Thrikkariyoor Mahadeva Temple is unique as it is considered to be the last Prathista by Parasurama, the sixth incarnation of Lord Vishnu. The temple is believed to have both the oresence of Lord Shiva and Lord Krishna. The rituals and rites here follows Arya Dravida Tradition. The upadevadas are Ganapathi, Vanadurga, Ayyappan, Yakshi Sapthamathrukkal etc.

Considered to be the capital of Chera Dynasty, this ancient Siva temple celebrates a ten-day festival. Commencing with flag-hoisting the festival presents Kurathiyattam , Chakkiyarkoothu, Patakkam etc. On the last three days, elephants escort the image of the deity for a procession around the temple. 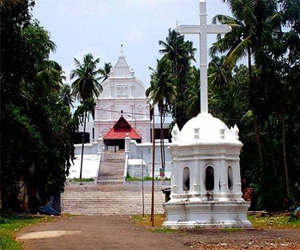 This church renowned for its legendary priest 'Kadamattath Kathanar' is 35 kms to the south-east of Ernakulam, close to Kolenchery town, Muvattupuzha. It is believed that the church was built in the 9th century A D. One of the prominent families of Kadamatton, the 'Karthaas', gifted this church and its property. Kathanar, the legendary priest has many devotees – christians and non-christians too.

Two feasts are celebrated, during January-February and April – May. The first feast is believed to be the death anniversary of either the priest or his guru. The January-February Feast is known as Kadamattom feast. 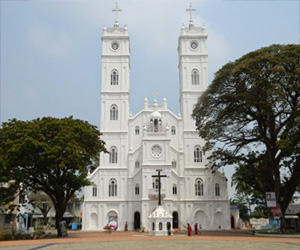 This Catholic Church situated in a small island, Vallarpadom of Ernakulam is believed to have been established in 1676 by the Portugese. It is a famous pilgrimage centre and here the Our Lady of Ransom is installed by Portuguese merchants lead by Vasco da Gama. The church was dedicated to a holy spirit and interestingly, this was first of its kind in Asia.

The annual feast of Vallarpadathamma (St. Mary) lasts more than a week, from 16 to 24 September every year. Devotees from all over the world comes here to attend the feast on September 24. A fair is conducted here at this time. 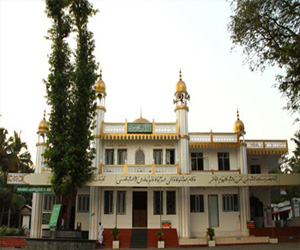 This mosque 25 kms from Eranakulam is said to have been erected over the mortal remains of Sheik Faridudeen and it is also believed that the great muslim saint Vaver prayed here and attained Eternal bliss. The mosque is an apt example for beautiful mazhars and dargahs. The mosque is easlily accessible and is connected to all the major cities.

The Kodikuthu festival is observed on the 14th of January every year and famous Chandanakuda Mahotsavam is at night. The procession with six caparisoned elephants and folk arts such as Aravanamuttu, Chendamelam, Doobakali etc, is the main attraction. Cultural fare includes Oppana, Mappila Pattu etc. 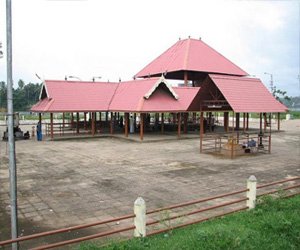 The unique feature of this temple, the venue for the famous Alwaye Sivarathri is that the idol Sivalinga is not enshrined in any pagoda, but stands on the vast sand banks. On the night of Sivarathri pilgrims keep awake and recitie the puranas and in the early morning perform Vavubali in honour of their forefathers. A fair is also organised for a month from the Sivarathri day.daily Ezhunnallippu of the deity atop a caparisoned elephant, a procession known as Dikvijayam is conducted on the third and fourth days, and pallivetta ceremony on the fifth day. The festival concludes with the Aarattu known as Thapotsavam. 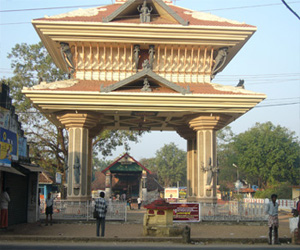 Azhagkiyakavu Bhagavathy Temple is one of the famous temple at Palluruthy, Ernakulam. This temple celebrates a twenty two day long festival. On the last three days, grand processions led by decorated elephants are held to the accompaniment of Panchavadhyam. Various temple art forms are performed during the festival. The festival concludes with a magnificient display of fire works. Pulavanibham, a trade fair held here also attracts many.

There is a legend behind Pulavanibham. It is said that the lower caste (Pulayas) were not allowed to enter the temple earlier and they approached the then-king and asked his permission for temple entry and to sell their home-made products. They were allowed by the king and to commemorate this 'Pulavanibham' still continues.